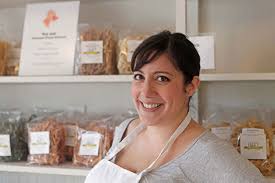 Julie got the name "Zaza" from her niece and nephew. “I used to be their nanny when they were babies and as they started to learn to talk I would teach them some words in Italian. The word for aunt in Italian is "Zia". Well, as with young children learning to speak, it never came out quite right. So, they called me "Zaza". The name stuck and I thought it sounded better than ‘Julie's Pastas.’” 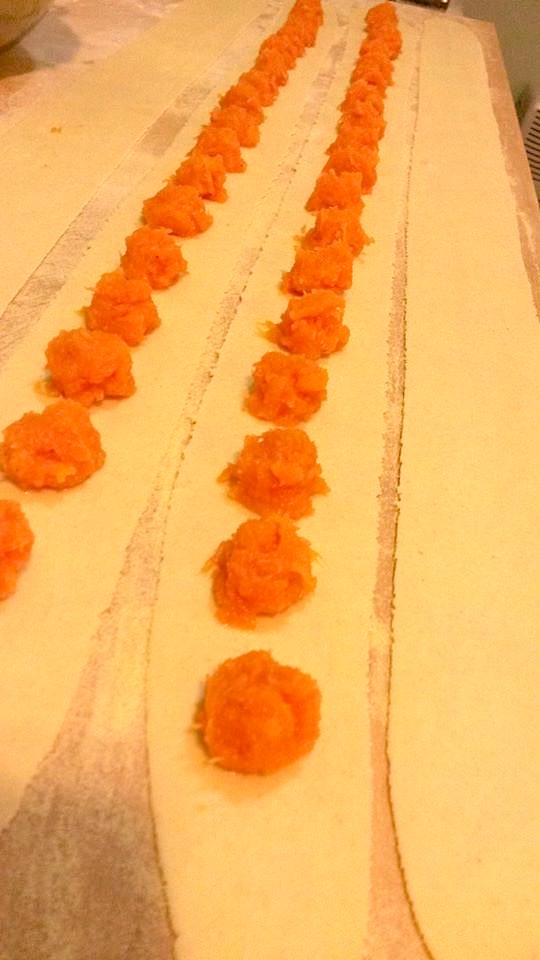 “I began playing around with different flours and ingredients and listened to the feedback from my customers. With constant tweaking along the way, it's become the product that it is today,” she says.

In the beginning she tried a lot of different things, and she now says that she may have considered too many different ideas at first. “I probably listened too much to what people wanted and not enough to myself and my vision. Over the past couple of years, I have realized that it's more important to focus on just a few really high quality products and do them well rather than trying to be a jack-of-all-trades and make many different products. Nowadays we make only four flavors of Fettuccine and two flavors of Pappardelle and they're phenomenal!”

In the six years since she started Zaza’s Pastas, her family ties have always been of utmost importance to Julie. “Honoring my grandmother every day has been and still is really important to me. She lives in New York still and I'm here in Iowa so we don't get to see each other often. But, every time I make pasta, I feel like she is so proud of me and it makes me feel closer to her. And I always hear her voice in my ear if I'm doing something wrong!”

Zaza’s Pastas has been working out of a commercial kitchen since 2012. “In 2015 we started working with some local food wholesale distributors, so our product has been able to reach farther than we could have anticipated,” she said.

Julie’s mother helps out whenever she can. “She's great with customers and has even learned how to make some of the pastas!” says Julie. “My husband is often around to do some of the heavy lifting that is involved. We have a couple of other part-time employees who help out during busy seasons and to fill in when it's time for Zaza to take a day off.”

Thus far, Julie says Zaza’s biggest success was landing their first wholesale account. “I remember dreaming about seeing my product on shelves in a grocery store. That was such a special moment for me as an entrepreneur when it actually happened. In 2013 we started our first wholesale account with New Pioneer Food Cooperative. And we've been with them ever since,” she said.

Zaza’s Pastas has a small retail space inside of Newbo City Market in Cedar Rapids, Iowa, they offer products online, and at various retail locations in Iowa, Illinois and Nebraska (see their website at  http://www.zazaspastas.com/ for full details.)

Ideally, Julie says they would like to see Zaza’s Pastas products in more stores reaching more people. “We really value using high quality ingredients and supporting local farmers and we think there is definitely a place for that in the current marketplace.”

You can learn more about Zaza’s Pastas at Feast! Saturday, Dec. 3, 2016 at the Mayo Civic Center in Rochester, Minn., from 10 a.m. to 4 p.m. The day will be well spent with more than 100 different food businesses exhibiting in addition to workshops, kids’ activities, and a Real Food Media film fest.