Kim Olson’s money is in jars—literally. Her business, Grandma’s Gourmets in Albert Lea, specializes in unique jams, pickles, and salsas with colorful names like Bloody Pickles and Road Rage Jam. As the name of her business implies, many of Olson’s recipes originally came from her Great Grandma who was pickling and making jam in the 1890s.

Grandma’s Gourmets has grown rapidly over the past few years. Olson credits the scaling up of her business with being in the right place and talking to the right people. She cites her experience as a vendor at the 2015 FEAST! Marketplace as a pivotal 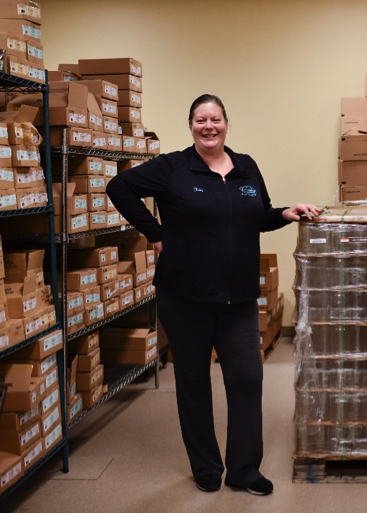 moment for her business. The Marketplace is a tradeshow experience for food-makers and farmers from southern Minnesota and the surrounding areas to make sales to retail and food service buyers, and the general public. Olson, never one to be afraid to talk to strangers, saw a man wearing an Iowa jacket who was walking by her booth and said, “Hey, how about those Hawkeyes?”

The two started talking, he tasted some of her samples, and two weeks later her product was in a Hy-Vee store in Rochester.  The man in the jacket was the store director.

Read more on the SMIF Blog

Grandma's Gourmets has been at every FEAST!, so we're sure you're a fan, but have you tried all of those flavors? Hunt them down and find new favorites on Saturday, December 1st, because this business is one to watch.

As Kim says, "It is so exciting to see just how far we have come with our products, our team and our growth."


In fact, they've just recently announced that they're a finalist for the 2019 Good Food Awards in the competitive "Preserve" category with their new Strawberry + Balsamic + Black Pepper Jam.