If you’re like me, you’ve dabbled a bit in the arena of Indian cooking, but let’s face it: it’s always daunting. It never seems quite as delectable as when experienced hands have made it, right? Perhaps it’s the fact that you may substitute a spice here and there, or skip a spice altogether because you couldn’t find it, or maybe it’s because the spices are old, having sat in the cupboard for a year. 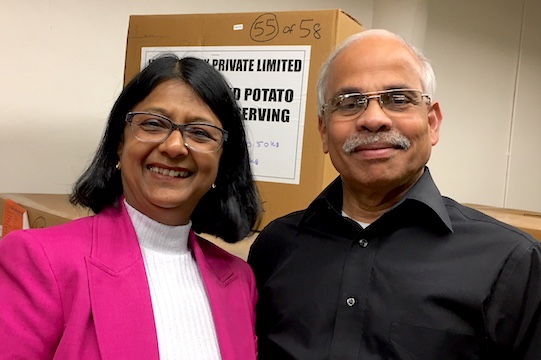 That’s exactly why Flavor Temptations was created. Sara Parthasarathy first created the pre-measured meal kits because it pained her to know that her son, in college, was not cooking for himself. Now she works to help families cook together using her fresh spice packages along with ingredients you have on hand such as potatoes, canned chickpeas, and veggies of your choice. The step-by-step recipes are easy to follow and the results have been bringing customers back for more.

Sara and husband Partha have been growing their business since 2012 and they’ve come a long way, now in their second rented commercial kitchen where they measure and package their spices. They’re in their second round of packaging and have adapted the recipes now for institutional-size packs as well as the 2- and 4-serving retail packs.

They first attended the Feast! Local Foods Marketplace in 2016, where they were poised to grow and added two distributors as a result. Prior to Feast 2016 their recipe kits were in 28 stores, and a month following Feast they were in 60 stores. 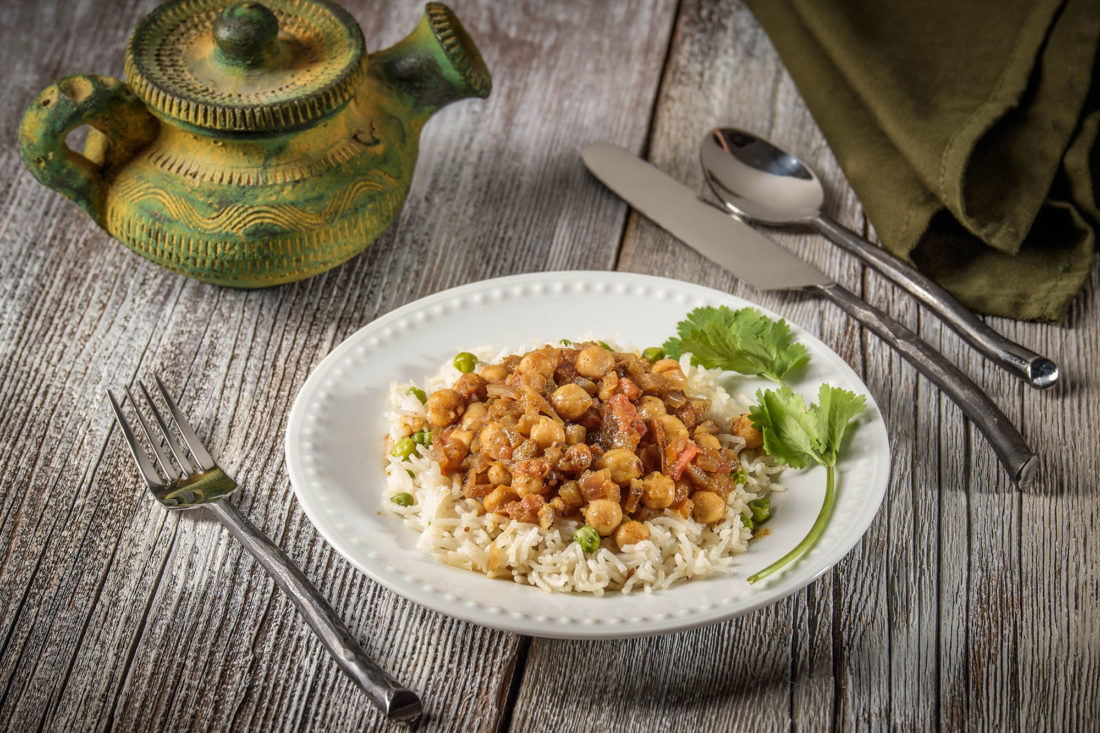 Of course, that level of scaling up comes with its demands. Sourcing spices as they do, local growers are not an option. However, one way to achieve some efficiency and connection to their spice growers was to actually do the packaging where the spices were being grown: India. Amazing as it is, they’ve had to learn a lot about importing as well as travel a lot to be as hands-on as they want to be, but that’s the option that worked for them in order to grow their business. They received their first shipment of the co-packed retail kits this past May.

Another hands-on aspect is familiar to most start-up food businesses: lots and lots of sampling demonstrations at the stores that sell their recipe packs. Sara and Partha are extraordinarily committed to this, and see a dramatic rise in sales on the days they demo their finished recipes in stores.

While some stores require that the business owner themselves do the sampling, Sara and Partha have cautiously engaged a demo assistant to assist with some of the work because they simply cannot get to all the stores themselves. They’ve been happy to have a great relationship with their demo assistant and trust her to prepare the recipe herself onsite at the stores as well as communicate to the customers their message about families cooking together, and enjoying flavors of Indian cooking without the stress. 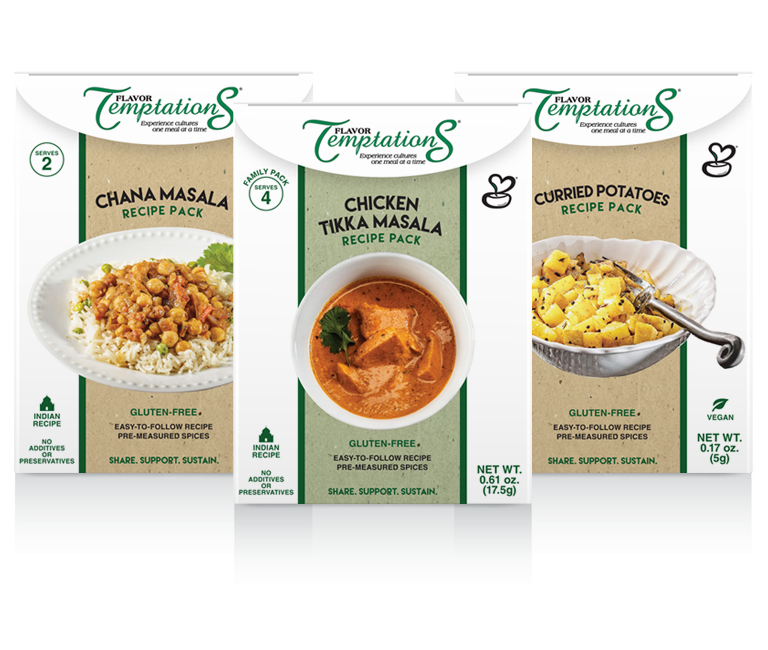 Flavor Temptations has three different recipes available as kits: Curried Potatoes, Chana Masala, and Tikka Masala are now available in 71 stores in Wisconsin, Minnesota, Iowa, Michigan, Illinois and South Dakota. As of this summer they are also available online from Amazon.

Their institutional packs, available for even more recipes, are also making it possible for college cafeterias and even grocery store delis to provide these dishes with the Flavor Temptations authenticity and convenience. Madison College, Willy Street Co-op, and St.Peter Co-op are currently offering the dishes and are happy to have the option.

Sara and Partha have worked out a balance, but still don’t have enough time to take time off. “We’re thinking about the business all the time,” says Sara. She recently went to Seattle to see her sister when their mother was visiting from India…and while there, dropped in on five stores to pitch their product.

“I’m still enjoying it! I am living my dream!” Sara laughs. She still has a day job but Partha is enjoying working for the business 24/7. “He loves being his own boss!” she adds.

Community support has been huge for them. Their connection to the demo service and entry into their new office and storage space in the Madison Enterprise Center were both discovered through their relationship with another area startup. Similarly, through  Briarpatch Program, they were able to hire some youth employees for temporary work in their commercial kitchen.

Their connections to their copacker in India were made through their family relationships there, and they credit the entrepreneur support they’ve received in Madison from Tera Johnson of the UW-Extension Food Finance Institute with helping them make that big step. Sara and Partha are very excited to be selected into the Food and Beverage Wisconsin’s 2017-18 FaBCap accelerator program and are looking forward to learning a lot more about how to grow their business and take it to the next level. 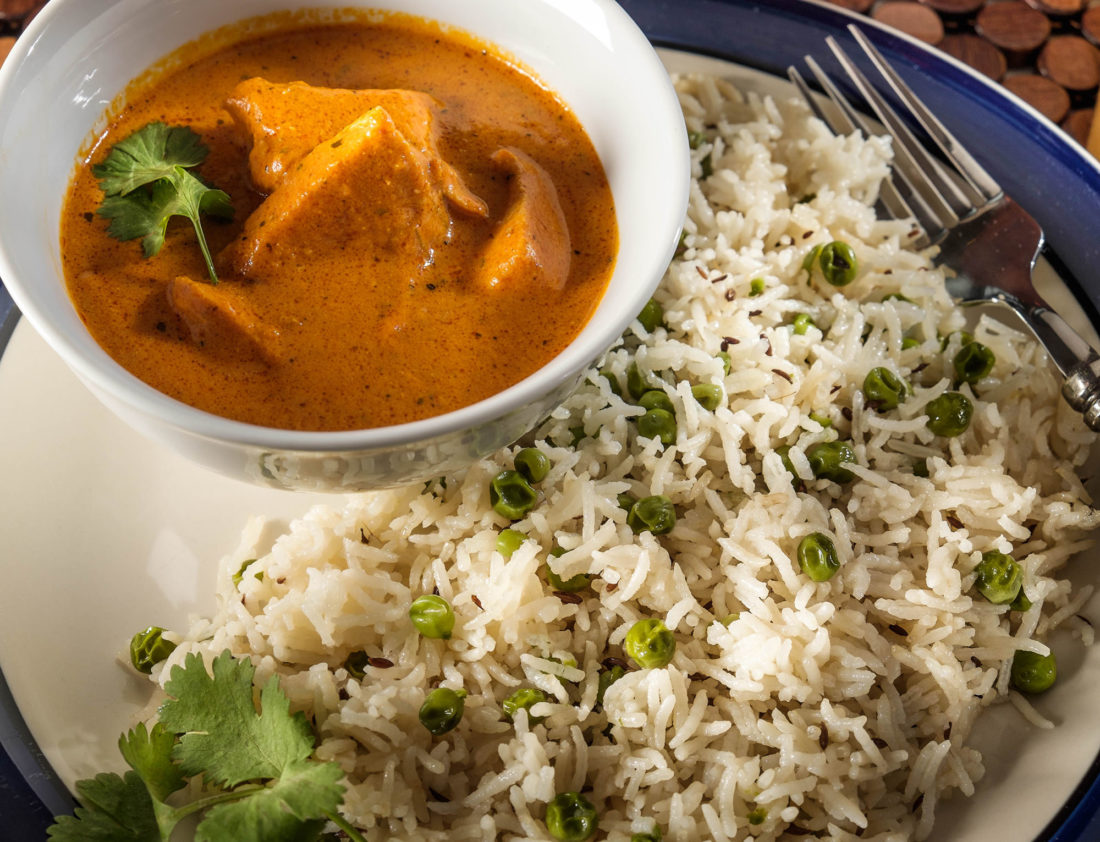 From the regulations of export to organic certification, Sara and Partha have remained steadfast. They believe strongly in the importance of preparing food and are happy to share their own traditional recipes, passed down from Sara’s mother.

If you’d like to sample these Indian flavors for yourself and stock your pantry for the long winter, don’t miss the Feast! Local Foods Marketplace! Sara and Partha will be at the Mayo Civic Center in Rochester on Saturday, Dec. 2 along with about 100 other food and farm businesses from Iowa, Wisconsin and Minnesota sampling everything from salsa to cider.